**Warning: This article contents content that may be triggering for some readers**

The topic of Post-Traumatic Stress Disorder (PTSD) among our military service members often pops up in news media around Veterans Day. This November, the latest of several important studies confirms what many veterans already report: that cannabis can aid in treating PTSD.

Why Do Many Veterans Experience PTSD?

While military members don’t experience trauma exclusively, statistically, those who serve have a higher risk of developing PTSD than civilians due to the nature of military service. An interesting 2013 study found that traumatic experiences that occurred during combat predicted the onset of PTSD in Vietnam veterans. But other factors such as pre-war psychological vulnerabilities were equally important for predicting whether their PTSD persisted. Combat exposure, prewar vulnerability, and involvement in harming civilians or prisoners all played a part in increased likelihood of a patient developing post-war PTSD.

Post-Traumatic Stress Disorder occurs after someone experiences a severe trauma or a life-threatening event. The body’s nervous system has two automatic or reflexive ways of responding to stressful events:

It’s normal for the mind and body to be in shock after such an event, but this normal response becomes PTSD when the nervous system becomes immobilized.

Some veterans develop symptoms of PTSD within hours or days following a traumatic event, but often symptoms don’t surface for months or even years after a veteran returns from deployment. PTSD develops differently in each veteran, but these four symptoms are commonly reported:

Recovering from PTSD involves transitioning out of the mental and emotional war zone and helping the nervous system become “unstuck.” While traditional therapies include pharmaceutical medications like antidepressants coupled with mental health therapy, medical marijuana may be one complementary therapy that veterans who live in states where it’s legal may consider.

Benefits of Medical Marijuana for PTSD Among Veterans

While much more research is needed to understand how cannabis might aid in the treatment of PTSD in veterans, a few studies can begin to tell us more:

Next Steps For Veterans Considering Cannabis for PTSD

With more exposure to the benefits of cannabis, more veterans have begun to ask about its potential as a PTSD therapy. The first question many vets want to know is whether medical marijuana can be prescribed or recommended through the VA. Currently, VA doctors cannot provide or recommend medical marijuana for veterans as long as the federal status for cannabis remains a Schedule 1 illegal substance.

An April 2021 bill introduced in Congress (H. R. 2588) would allow veterans to use, possess, or transport medical marijuana and would create a temporary, five-year safe harbor protection for veterans who use medical cannabis and their prescribing doctors. It would also direct the VA to research how medical cannabis could help veterans better manage chronic pain and reduce opioid abuse. On April 29, 2021, a bipartisan bill to require the VA to conduct clinical trials into the therapeutic potential of cannabis for veterans was reintroduced in the U.S. Senate. Although the future of these bills remains uncertain, these measures would make state-legal treatments available to U.S. veterans without additional restrictions based on their veteran status.

In Ohio, Oklahoma, Missouri, Pennsylvania, Texas and many other U.S. states, PTSD is widely recognized as a qualifying condition for a medical marijuana card and veterans who struggle with PTSD may consider this option as a complementary treatment. If you’d like to learn more about how you can get your state medical card to try cannabis for your PTSD, make an appointment with Duber Medical today.

Gabrielle has been writing and editing professionally for the medical and wellness industries for more than 20 years. She’s held positions with The Journal of Pediatrics, Livestrong, The Cincinnati Enquirer, and Patient Pop. She currently writes articles about medical marijuana for Duber Medical, and is the founder of the Ohio cannabis journalism non-profit, MedicateOH. 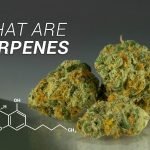