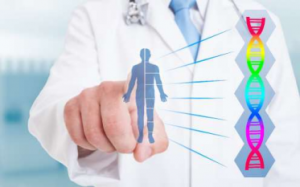 MARIJUANA AND THE ENDOCANNABINOID SYSTEM

The Endocannabinoid System, ECS, is the largest biological cell signaling system expressed throughout the central and peripheral nervous systems of all vertebrates. This system controls homeostasis which is the body’s ability to create internal stability and promote healing. It also works to regulate the many vital bodily processes, such as immune function, pain perception, sleep, mood, and appetite. If there is an absence or deficiency in the production of endocannabinoids, the receptors will not be able to function properly which can lead to disease and negative health effects.

The Discovery of the ECS

In 1964, Dr. Raphael Mechoulam, known as the father of cannabis research, identified delta-9  tetrahydrocannabinol (THC), the psychoactive compound in marijuana. Thus began his life-long work of investigating cannabis and its role in the treatment of diseases. Dr. Mechoulam’s work laid the groundwork for the discovery of the receptor which binds THC, and subsequently the discovery of the Endocannabinoid system in 1988 by scientists exploring the effects of THC at  the St. Louis University Medical School. The active ingredients in marijuana, including THC and  cannabidiol (CBD), interact with the receptors in the ECS to regulate important bodily functions  and treat various illnesses.

The Function of the ECS

The main function of the ECS is to maintain homeostasis in the human body. Studies have shown that the ECS maintains homeostasis by regulating functions such as:
• Learning and memory
• Sleep
• Stress
• Pain sensation
• Reproduction and fertility
• Appetite and digestion
• Mood
• Metabolism
• Immune function and inflammation
• Motor control
• Skin and nerve function
• Bone growth and muscle formation
• Liver function

• CB1 receptors: These receptors are thought to be one of the most widely expressed receptors in the central nervous system, especially in nerve cells in the brain. Anandamide, termed the bliss molecule, was the first endocannabinoid identified by Dr. Mechoulam. Both anandamide and THC, the primary psychoactive compound in the marijuana plant, bind to the CB1 receptors, triggering feelings of calm and well-being.

• CB2 receptors: These receptors are mainly located in the peripheral nervous system, primarily on the immune cells. Both 2-arachidonoylglyerol endocannabinoid and Cannabidiol (CBD) in the marijuana plant bind with the CB2 receptors triggering different effects within the body, such as relieving chronic pain and reducing inflammation.

Marijuana naturally produces more than 100 cannabinoids, some of which have a similar molecular structure as your body’s endocannabinoids. To date, the two most studied cannabinoids are THC, which causes a euphoric “high”, and CBD, which is well-known for providing medicinal benefits.
THC is the major cannabinoid component in medical marijuana. When you consume THC, it binds to the CB1 and CB2 receptors in the ECS, just like the endocannabinoids in your body. By binding to the CB1 receptors, THC causes similar but more potent effects than anandamide, such as reducing pain perception, and providing a sense of well-being. Unlike anandamide, however, THC also binds with the CB2 receptors causing a range of beneficial effects in the body which is why medical marijuana provides both psychoactive and medicinal effects. Interestingly, THC has been shown to have a biphasic effect. At lower doses it has one effect, and at higher doses it has the opposite effect; for example, at lower doses, THC can reduce anxiety, but may increase anxiety at higher doses in some individuals.

In contrast, CBD does not produce psychoactive effects. CBD triggers CB2 receptors which are located on immune cells and related organs, as well as the gastrointestinal system. Because CB2 receptors modulate the immune response, CBD can exert its anti-inflammatory effects throughout the entire body. Numerous studies have shown CBD exerts antidepressant, antioxidant, and neuroprotectant effect as well. In fact, the Department of Health and Human Services holds a patent number US6630507B1 called Cannabinoids as Antioxidants and Neuroprotectants.

Ready to Get Your Medical Marijuana Card?

Today, dozens of states have legalized marijuana for medicinal use thanks to studies that have provided scientific evidence supporting the therapeutic use of medical marijuana. If you’re interested in the benefits of medical marijuana, call Duber Medical at (833)-977-2424 to schedule a consultation. We will guide you through the process of acquiring your medical marijuana card.

Tentative About Tinctures? Don’t Be!